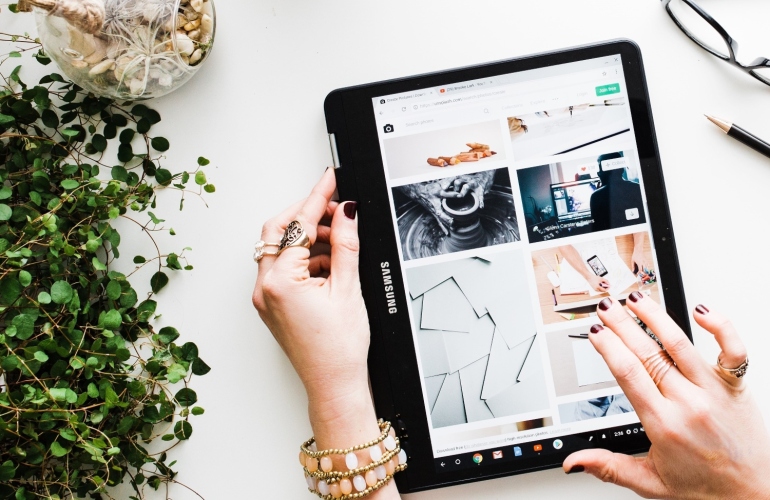 Earlier this week, Instagram informed me that I had a new follower. A quick glance at their profile revealed it was a new business based just down the road.

‘Their products looks quite nice’ I thought. ‘Might be something I’d think about buying in the future’.

So I followed back.

Periodically, I have a little sift through the accounts I follow. I only have so much mental bandwidth and like to make sure the people, companies and organisations I follow – unless they’re people I know in real life – are bringing me joy, insight or value in some way. Travel inspiration, maybe, or anxiety tips. Interesting recipes, gift ideas, or uplifting mantras – even just a few giggles in the bathtub.

I also, very occasionally, have a quick look to see who follows me back.

And it just so happens that mere moments after I followed the new business in question, they’d already unfollowed me.

The classic ‘follow, unfollow’ tactic is as old as the hills, in social media years.

The theory goes that you can build a big following by duping large numbers of people into following you, whilst having no intention of following them back. You simply hope they never notice that you were never interested in following them to begin with.

The goal of this game is to build a huge gap between the number of people following you, and the number of people you follow yourself – thus elevating your brand to one of aspiration, where it’s assumed that you must be incredibly important to have so many followers, and follow so few in return.

You see it all the time; Instagram accounts with 175,000 followers, who are only following 39 people themselves.

But here’s the thing about those types of accounts. They tend to belong to big brands, well established businesses, prominent groups, public figures, adventurers, musicians, chefs, lifestyle gurus, photographers and influencers. They can afford not to follow people back, because what they’re providing is (in some way) of real value to their followers.

For people and businesses without those credentials, the follow / unfollow tactic simply tells your followers that they’re really just there to make up the numbers for you. And that’s certainly no way to build a loyal and engaged following.

Now, I’m not a social media ‘whiz’; far from it. I’ve struggled to build my own following on the Venti Comms account, though it’s partly down to being B2B, which is a much tougher sell on Instagram than B2C as it’s still a largely consumer-focussed space.

I still have a lot to learn with socials, but this year in particular, I’ve figured a few things out.

I’ve learned, for example, that – assuming they’re genuine accounts and not bots – you should always follow your followers.

The foundations of trust

What does matter is that it’s reciprocal, and if you’re a small business or you’re developing your brand, reciprocity is the foundation of building trust, relationships and then, potentially, sales.

Your followers are the people most likely to be buying your products or services, so it makes sense to get to know them.

In fact, not only should you follow them back, but when you have chance, engage – like their posts, leave the occasional comment; in short, show the interest in them you’d like to see them show in you.

Beyond being good manners and best practice, there’s another reason not to go down the follow / unfollow route; it’s dishonest. We’re moving into an age where consumers don’t just value authenticity, openness, honesty and integrity from businesses – they demand it.

The irony is that I would’ve probably purchased a product from the business I mentioned earlier. They weren’t making anything unique – I could find the same kind of thing from a well known retailer – but I like to support other small businesses, especially those local to me – and I would’ve happily given that custom to them.

Have you experienced the follow / unfollow? How do you feel about following your followers? What are your biggest challenges with social media?